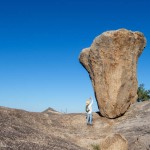 Even during summer, I do A LOT of hiking in the McDowell Sonoran Preserve (starting before sunrise). Several new trails opened this year giving us access into some really interesting places. The McDowell Sonoran Preserve now encompasses over 27,000 acres and more land is set to be preserved. The north area of the Preserve is my favorite not only because the area is very close to home but because of the amazing terrain and rock formations! Following are some photos from my favorite trails. 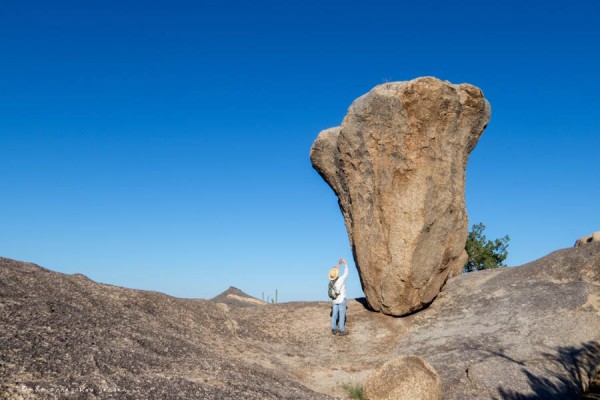 A self portrait at Balanced Rock which is located between Granite Mountain and Cholla Mountain. It was captured with my Canon SX50. I was happy I carried my tripod that day! 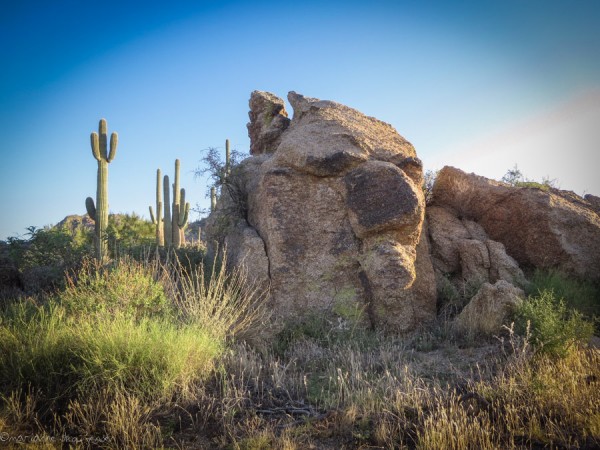 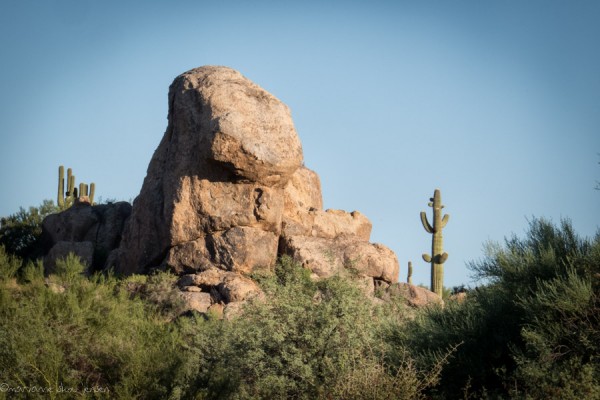 Another Rock creature spotted on the way to Balance Rock. Even larger than the previous!(Canon SX50)

These next few images are from the Browns Mountain area of the Preserve. 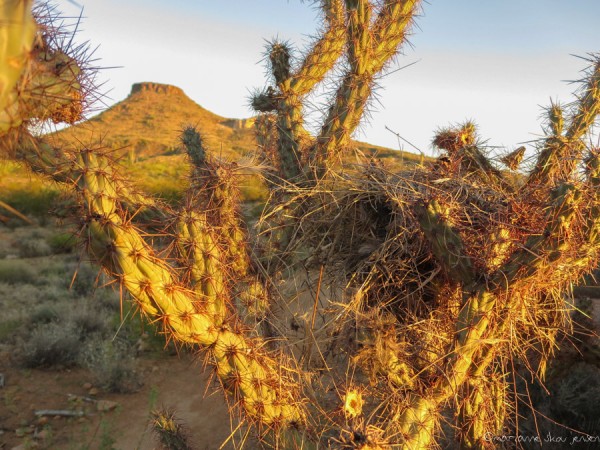 Cactus Wren nest in a Buckhorn Cholla spotted on an early morning hike to the top of Browns Mtn seen in the background. (Galaxy Nexus image) 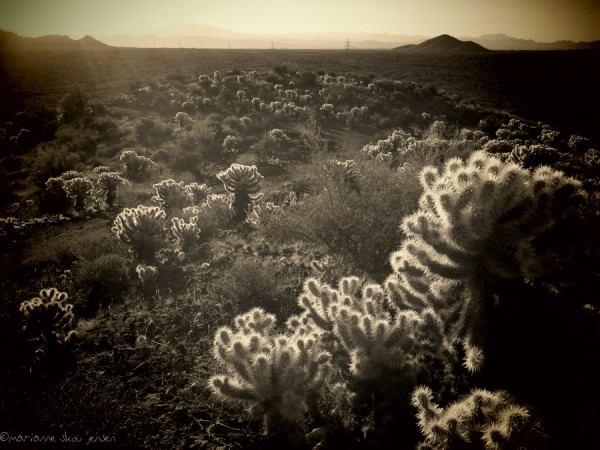 Teddybear Cholla forest on either side of the Browns Peak Trail. (Canon N) 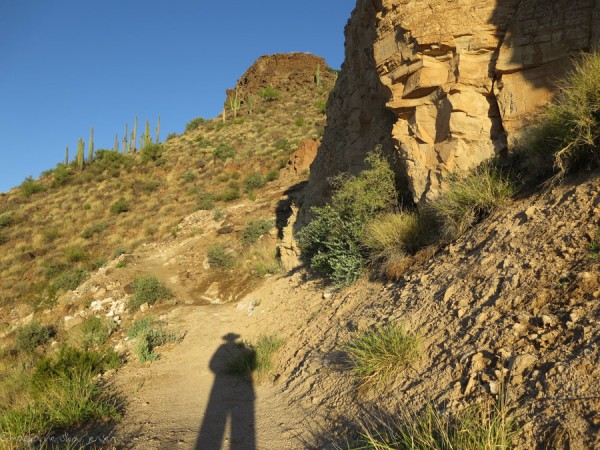 On my way up to the top of Browns Mountain very early in the morning. (Canon N)

These next images are from the Toms Thumb area which includes Rock Knob and Marcus Landslide. Breathtakingly beautiful areas! 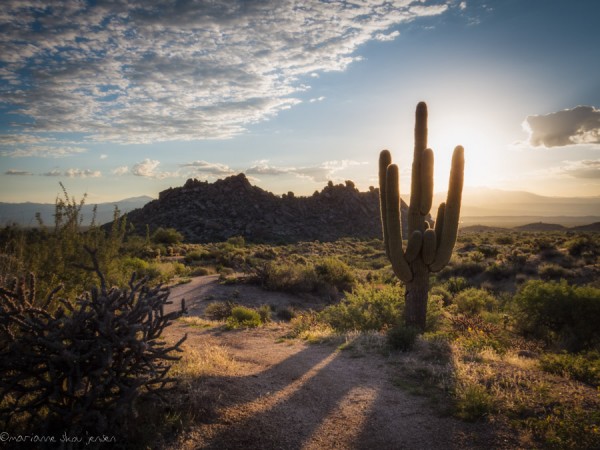 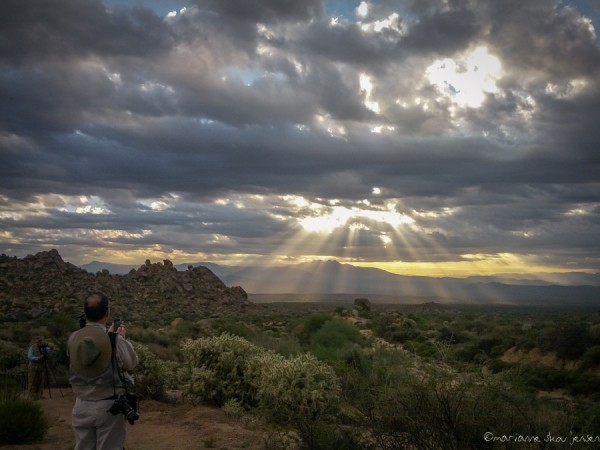 I led my Digital Group out to Rock Knob for Sunrise. It was extremely overcast but we were treated to God Beams! (Galaxy Nexus) 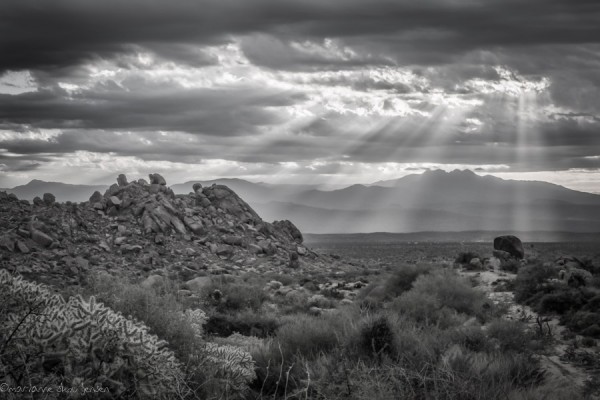 Same Rock Knob location but without the photographers in the scene. (Galaxy Nexus edited in PS)

These last images of butterflies were taken not far from the Toms Thumb area.

Pipevine Swallowtail laying eggs on the left. Not great quality but I was thrilled to catch it! (Canon SX50) On the right is the resulting caterpillar. They are so cool! (Canon N) 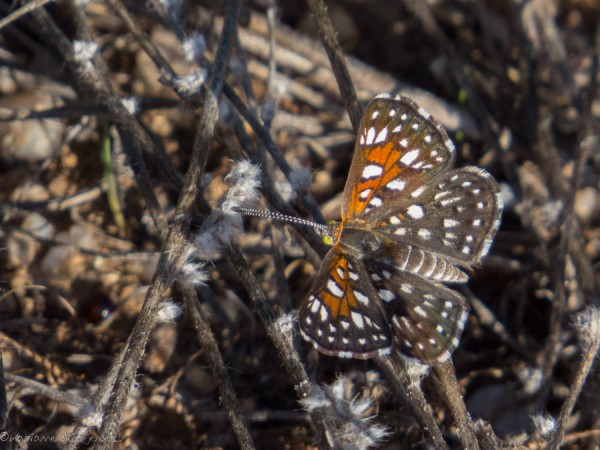