New Mexico Thistle (Cirsium neomexicanum) is just as beautiful in dried form as it is when blooming! Shot before sunrise this morning on the Marcus Landslide Trail. Even at 5am, it was very hot. 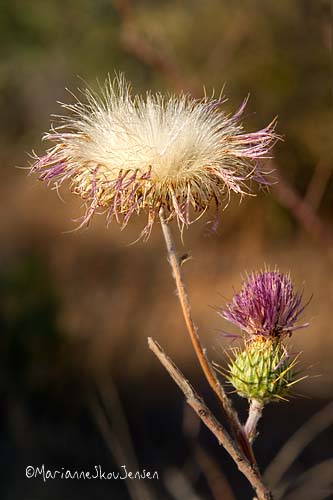 Odora is a smelly plant most people pass by without a second glance. 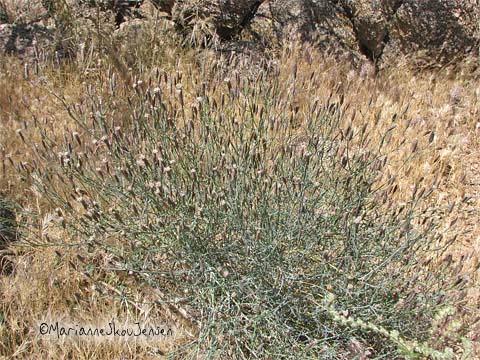 But….Get close; hold your breath and be rewarded with this: 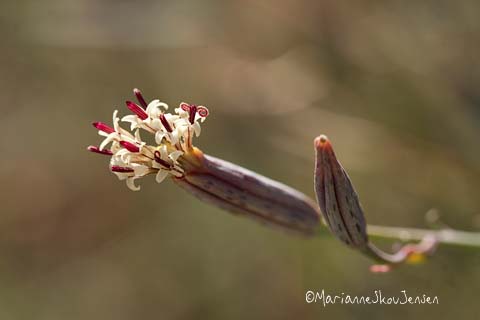 I thought last weekend was a great show but I saw more Mariposa Lilies today than I’ve ever seen! This photo was taken at the junction of the Lookout Trail and Tom’s Thumb but I’m guessing you can probably see them at most higher elevation trails. 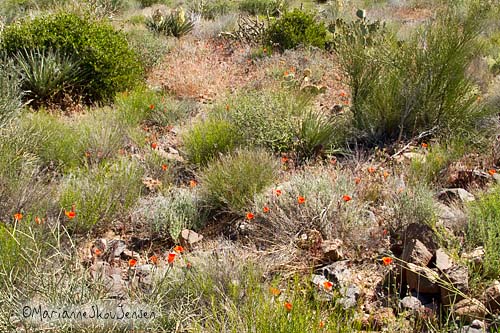 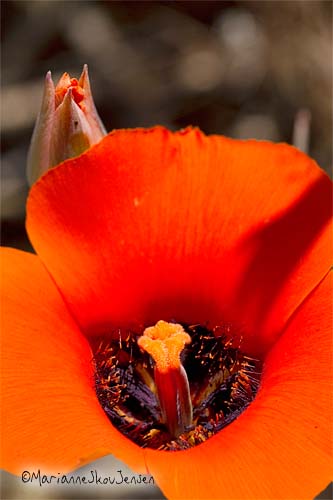 I’ve missed a few days of posting photos because I’m in the process of putting together a second edition of my flora guide and I’ve been out almost every day hiking and photographing leaving little time for anything else. BUT, as you probably know, the flowers won’t last forever so I gotta get ’em while I can!

Yesterday I spent half the day with friends and representatives of the Maricopa Audubon Society and the Central Arizona Butterfly Association. It was a scouting trip for a possible bird and or butterfly walk next Spring. The area is in the North East part of the McDowell Sonoran Preserve and is one of the most beautiful trails in the Preserve. Because this area is at a higher elevation, there were still plenty of Wildflowers. To give you an idea of how much there is to see…..the trail is just 9/10ths of a mile each way but we spent 4 hours exploring! All in all, it was a very successful morning and I’m betting they will add this trail to their schedule next year.

We didn’t find any Mariposa Lilies up in the North Access of the Preserve yesterday (still too early) but two other sightings more than made up for it! It was extremely windy thus very difficult to photograph but I wanted to share some photos this morning.

The first was Penstemon pseudospectabilis, aka Desert Beardtongue. I knew they were up in the North part of the Preserve but they’ve been eluding me. 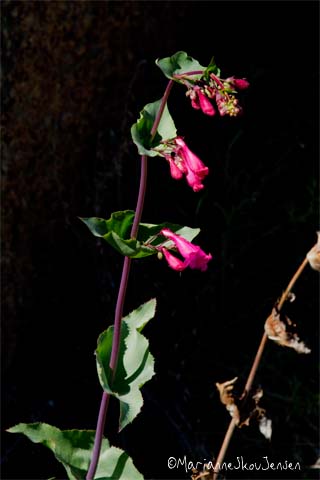 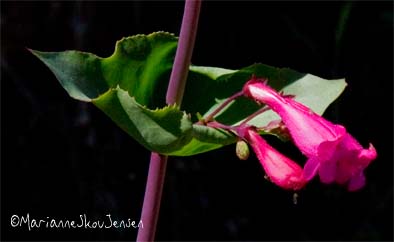 There were only a few of the Penstemon but quite a few of the second sighting which was Delphinium scaposum. It’s known as Mountain Larkspur and described as being a deep purple so I’m curious about the pink ones right beside them. Last year I saw pale blue ones too. An anomaly maybe?

Mountain Larkspur (too windy to get a close-up) 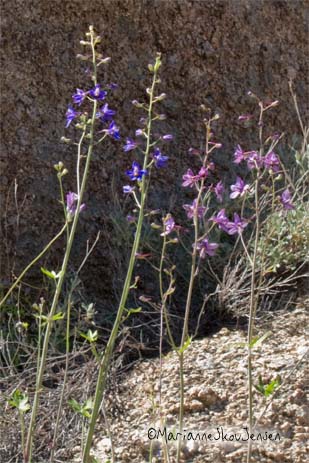 Update: Thanks to Steve Jones for a response that the Larkspur are all indeed “scaposum”. To quote Steve: “it’s a little Mendelian genetics at work”. Click here to see what that’s all about!

Yesterday, while looking for wildflowers like the Globe Mallow below, I came across a Chuckwalla. It’s one of our largest lizards and reminds me of a miniature Komodo Dragon, don’t you think? Unlike the Komodo, though, our Chuck is harmless. We saw the other in Joshua Tree last week.
(Click Here for info on Camping) 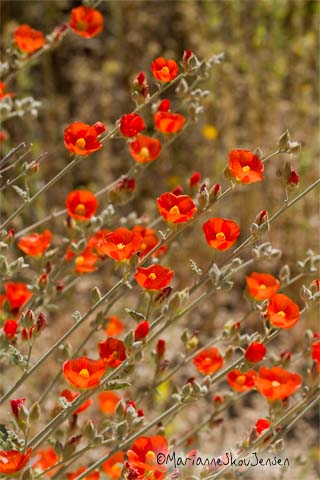 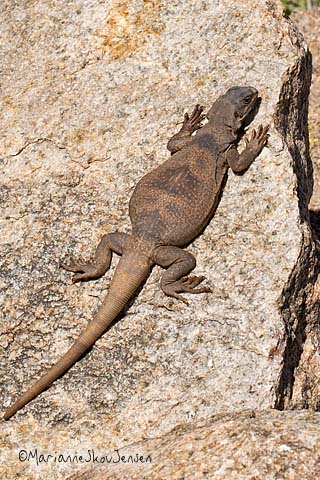 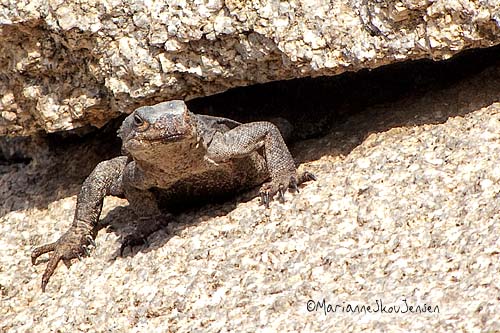 If you’re still seeing this, it means I won’t have web access for the next several days.

Still lots of color on the North Access trail to Toms Thumb so get it while you can! 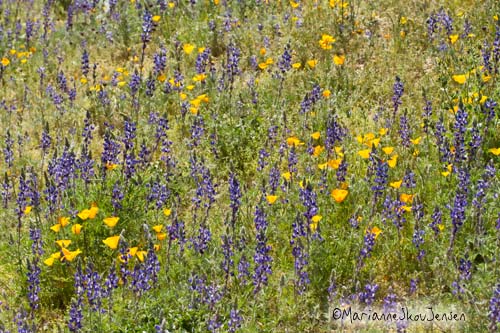 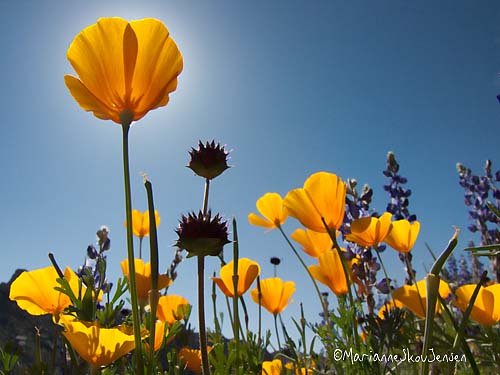 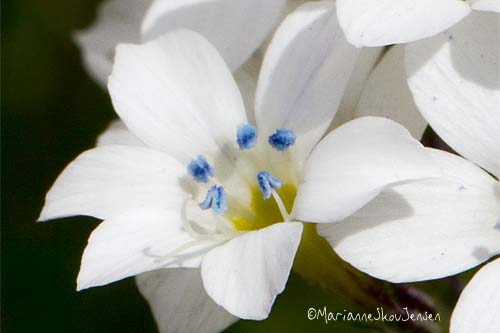 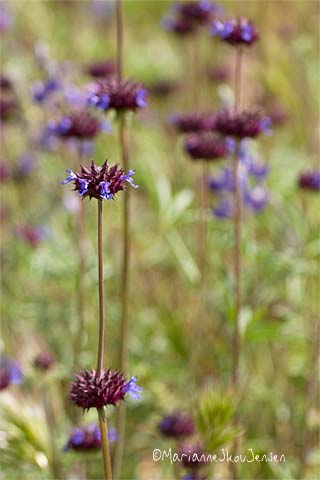 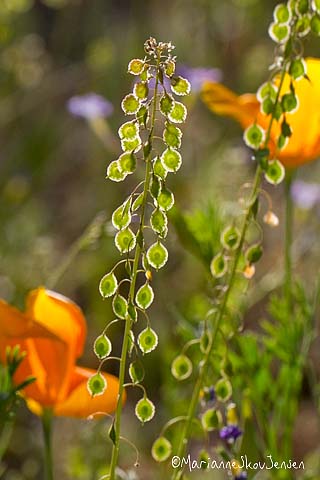 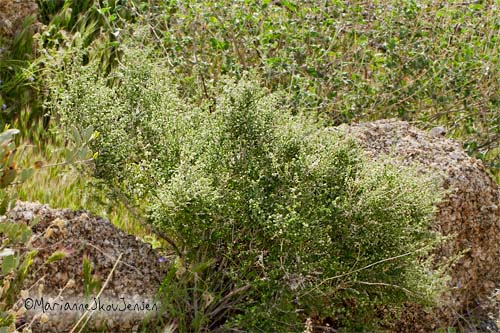 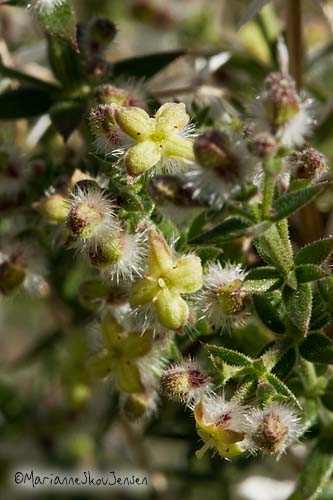 I’m waiting for confirmation on this next tiny flower but my guess is Slender Phlox. 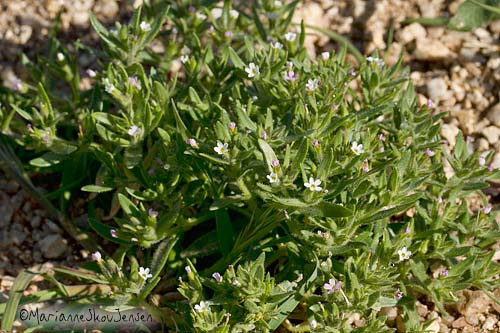 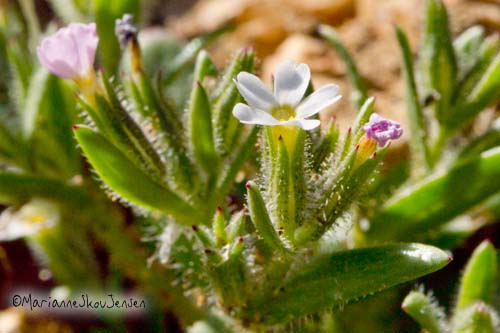 Almost nine miles (8.64) of hiking in the North Preserve yesterday revealed wildflowers galore! The same but more of what I posted on March 6th and March 7th along with new sightings. There were some nice large areas of Poppies and Lupine on the Tom’s Thumb trail but we got there before they opened. They were scarce in the Rock Knob area but I definitely see evidence of plants so it may the last area to pop out.

Photographers FYI: Most Preserve flowers are VERY small so take a macro lens.

Click on Image for Slideshow of almost everything I saw yesterday: 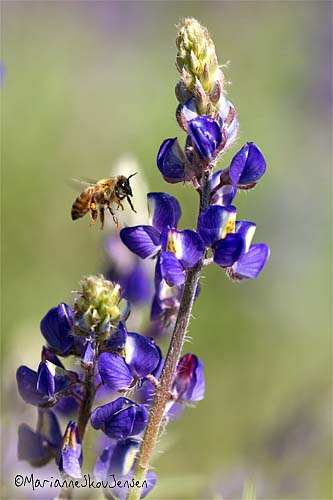 Greetings from my yard to yours 🙂 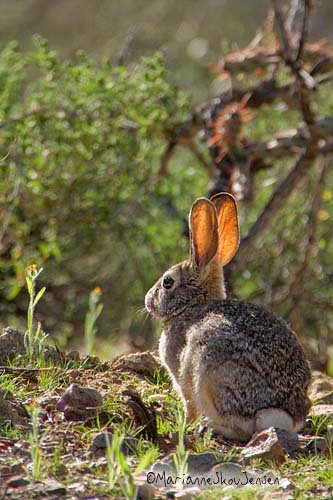 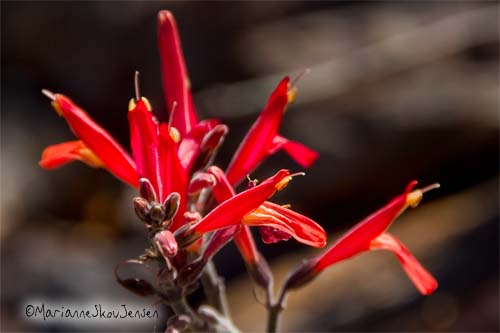 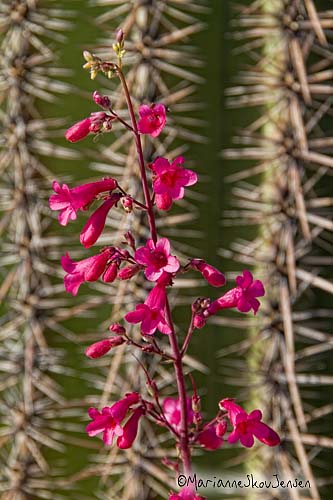 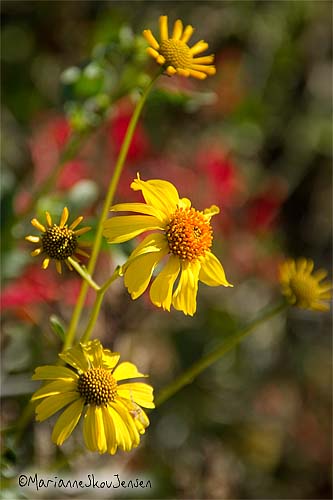 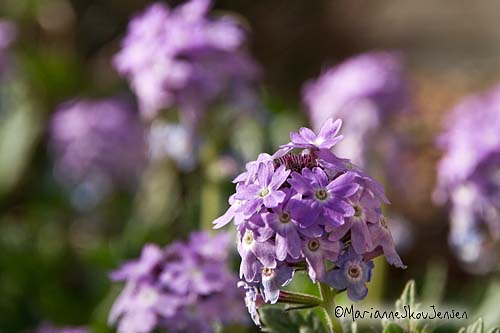 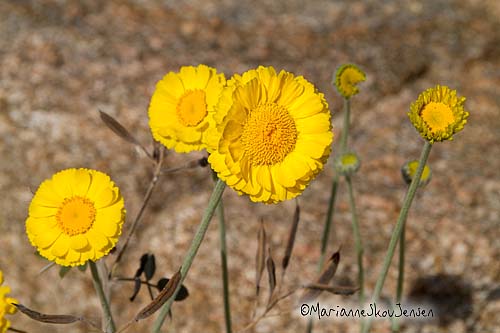