Mariposa Lilies have shown up in other parts of the Preserve so we’re going to scout the Lookout Trail for them this morning. They were in that area around Aprit 25th last year but flowers seem a little early this year so we might get lucky. 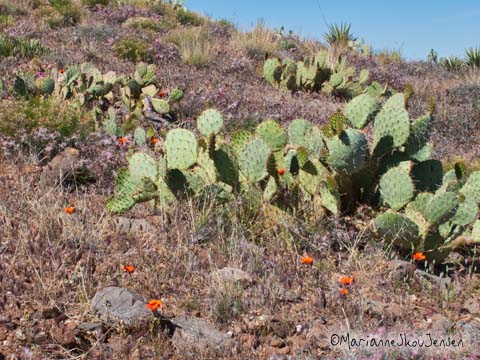 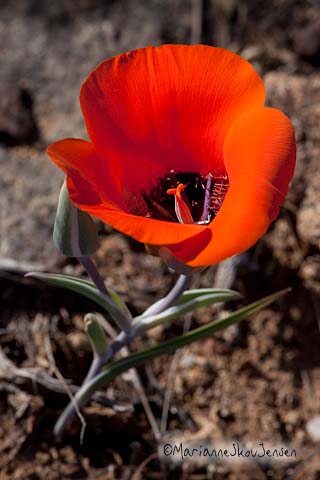 Another wonderful photo op to watch out for (in the same area) is Colorado Four O’clocks. Large showy, pale magenta/pink flowers are a real treat to see. Last year they showed up the first week of May. We’ve been noticing the plants coming up but no flowers yet. 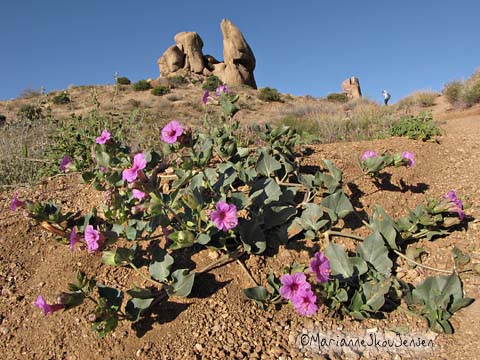 The McDowell Sonoran Preserve‘s desert flowers are typically very, very small so when you come across something like Mirabilis multiflora, it’s a real treat! This beauty has several common names so just pick one you like…..Colorado Four O’clock, Desert Four O’clock, Showy Four O’clock and more. The Preserve has many beautiful Four O’clock species but the Desert Four O’clock blooms are the largest I’ve seen so far. They bloom either very early in the morning or late in the afternoon (like Desert Wishbone bush) so unless you’re out hiking at those times, you’re not likely to see them in full bloom. This photo was taken yesterday afternoon at Rackensack Canyon but you can also see them in the higher elevations of the McDowell Sonoran Preserve such as on the new Toms Thumb Trail. We’ve spotted several popping up in the last few weeks on the North side trail. By this time next year, they could be as large as this specimen.